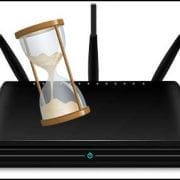 Broadband speeds are not what they’re claimed to be

A new survey by Which? has found that more than half of internet users are getting broadband speeds that are up to 62% slower than their providers claim.

The Which? figures taken from more than 700,000 consumer speed checker tests and compared with information collected in 2016 by Ofcom, found that in in 52% of local authority areas, people are recording median speeds that are at least 10 per cent slower than the median speeds estimated by providers.

The list of regions with broadband slower than the recommended 10Mpbs includes Ryedale, Purbeck, West Devon and Powys. While, along with Tamworth, Reading, Luton and Enfield get some of the quickest speeds.

Which? MD of home services said that in some locations “there can be a big gap between what people may expect versus what they actually experience in their homes”.

He questioned whether customers were really getting the service they were paying for.

It is timely, then, that Ofcom has recently announced that customers are to be automatically compensated by providers for delays in fixing problems with landlines and broadband, including for slow repairs, missed appointments and delayed installations.

Under its new scheme, to be introduced in 2019, customers will automatically get £8 for every calendar day on which the service is not repaired, after two full working days. They will also get £25 for an engineer missing an appointment or cancelling with less than 24 hours’ notice, and £5 for each calendar day without service after the day they were promised a provider would start that service.

Although the compensation does not cover slow broadband speeds, the Ofcom ruling is a welcome step in getting providers to improve their services to customers.